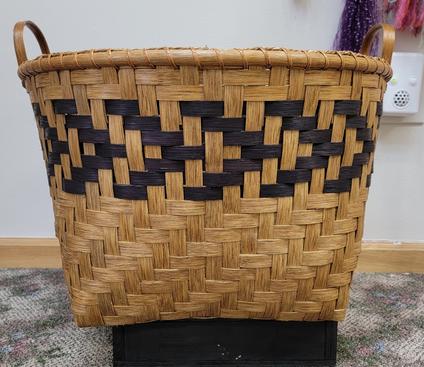 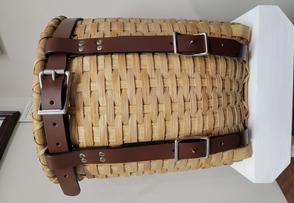 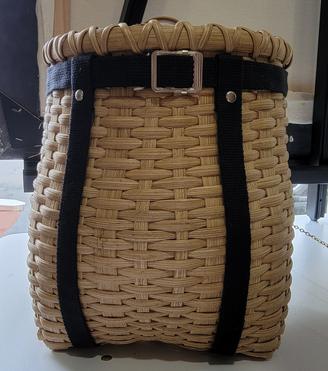 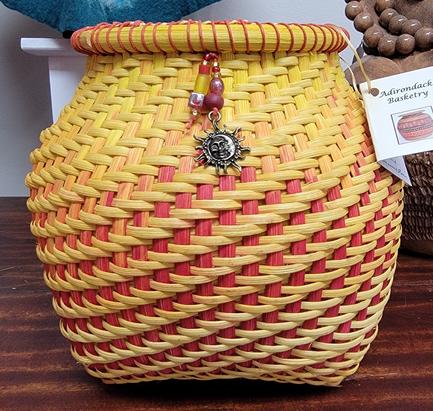 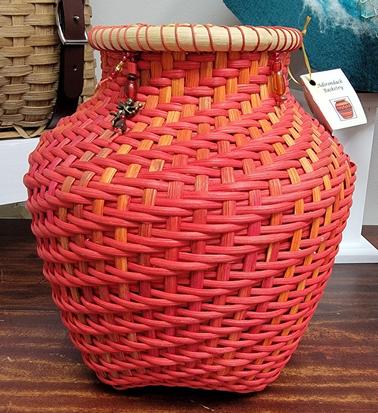 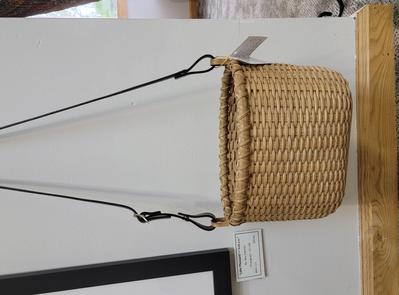 Linda's journey in basketry began in the late 1980's shortly after moving to the edge of the Adirondack Park in Northern NY.  Her first basket was  6" melon basket.  Within a few short years she was making many different styles and types of baskets.  By the early 1990's she had opened a successful shop in her home, was teaching locally and had joined an artists' cooperative in Old Forge to sell her wares.  From there she has progressed to teaching and exhibiting around the country for basketry guilds and conferences.  In 2004, she launched her website:  www.AdirondackBasketry.com.

Linda enjoys working with a variety of materials, allowing her imagination to roam freely as she creates her baskets.  Initially working with only reed, her interest quickly expanded to bark, then waxed lined.  When able, she enjoys being out in nature and harvesting white pine or red pine bark from downed trees.  She likes to incorporate woodsy elements into some of her baskets as it reflects her love of the outdoors and the Adirondacks.  She also loves to re-create the vibrancy of nature in her baskets through a technique called dye-painting.  Each unique in color, design, and shape.  The journey of exploration continued once introduced to waxed linen creating her miniature baskets.  Her love for designing, color, and pattern is expressed in each new piece.

All of the baskets are hand-woven by Linda.  She uses the best materials available to purchase or harvest as she believes it is important to provide a high quality product.  She takes pride in her work, taking extra steps to create a tightly woven, trimmed quality basket.  Baskets are signed and dated.

Linda continues her basketry education attending workshops and conferences with other professional basket makers.  She also exhibits in select shows and conferences.  Recently recognized for her work on the national level in 2012 at the Annual Fine Furnishings Show in Providence, RI.  She was awarded "Best in Show for Fine Art/Craft: Body of Work".  The judges felt her work demonstrated "beautiful craftsmanship, variation in use of color, range of materials and scale of use."

In 2013 one of her baskets was selected for the National Basketry Organizations "All Things Considered VII Exhibition", and in 2015 another basket was selected for "All Things Considered VII Exhibition".  These shows featured "benchmarks in excellence in traditional and sculptural basketry that demonstrate superior technique and original concept and design.  These traveling exhibitions were comprised of "baskets of the highest caliber, craftsmanship, and technical ability, which speaks to the intricacy of expression, intimacy of design, visual excitement and communication that highlight tradition and stretch the imaginations of the viewer to new insights of the scope of basketry in the 21st century."  The juried invitational exhibition in 2013 was in Gatlinburg, TN, then traveled to the Fuller Craft Museum in Brockton, MA, and in 2015 to St. Paul, MN, then traveled to Harvard, MA.  Linda was honored to be included in this exceptional exhibition of baskets.

The basketry journey continues with teaching in new areas, adding new designs, building another website, and the joy of meeting others who enjoy the art of basketry. 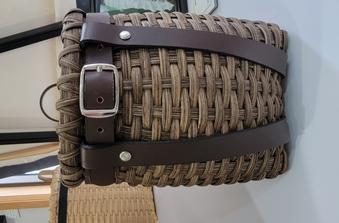